Hey everyone! So here is a Manhwa. It was released in 2013 and finished in 2014. The author has also made “Gaussian blur”, which I will most likely read soon enough, since it sounds interesting. Anyways, this manhwa has 46 chapters, length of chapters is relatively long and it’s fully coloured. Also, the publisher has many other Manhwa’s, which are really good, so you should check them out if you have the time. Anyways, nothing else left to be said, so let’s move on. 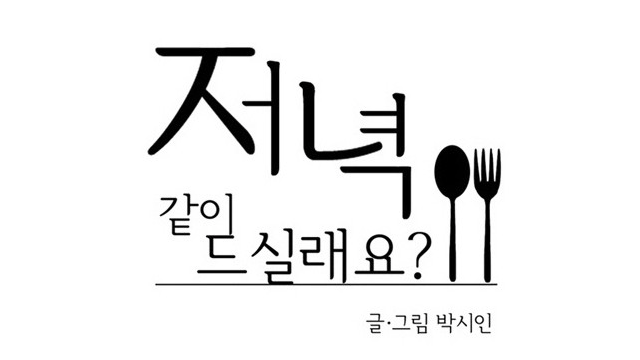 Do-hee Woo and Hae-Gyung Kim are both young and single, each with a history of broken relationships in their past. They meet one day while trying to dine alone at the same restaurant and they soon become friends who eat together every week. But with each meal, their friendship grows deeper as they help each other heal from the heartbreak they have suffered and soon they must redefine what they mean to each other. 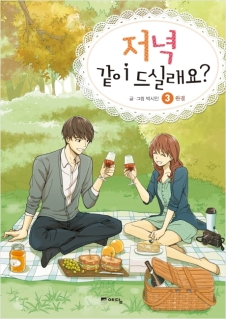 So let’s begin with the art style. I quite liked it. It’s just a classical Manhwa style. Nothing much to be said over. It’s simple and the texture used for it is also giving it a vibe. I like how people draw food. It mostly makes you curious how it tastes like if you have never tried it in real life. There was really a lot of food drawn, so yay.

The characters were realistic and for most people relatable. Not the most relatable to me, but I could see myself in some situations. It’s not really relatable to me, since I haven’t experienced that much in my life yet, but I at least know the complications of relationships. So they were really round. The source of their problems, the involved people, were people you would hear of in reality too, so it was realistic. The problems they had, I could understand until a certain degree with them on how they felt, but because I haven’t been in a serious relationship before, I can’t say much about it.

The character development is pretty obvious. “Healing each other’s hearts” is basically it. How they grow together is also thought of in some way, but maybe it would be nice with more friends around them. I mean, it was explained, but I think with friends, things could’ve gone a bit more deeper in the story. Some details were left behind.

The story itself was on a fairly fast pace, since it’s relatively short, but medium-long sized chapters. The growth of feelings between them was more balanced , but some details got left behind like I said just now. Not many characters involved, so the feelings were deep, but the story itself is rather simple. The process is more important than the ending. THis si about growth, not about how it will end.

So I’ll give it an 8/10. I think it was really good. Some things could be better, but in general a really good Manhwa. It’s an interesting point of view on how they experience this all. Also, I loved that food was involved. I like food. These days they make it a bit too much, but this was really well balanced, since it wasn’t the OP cooking stuff.

And that’s it for this week. Let’s see what I have then.