Hi reader. So this anime is about 7 years old? It’s originally from a manga and the rest I have no idea about it. I’m just going to the next segment straight away, because I don’t want to say my opinion yet. 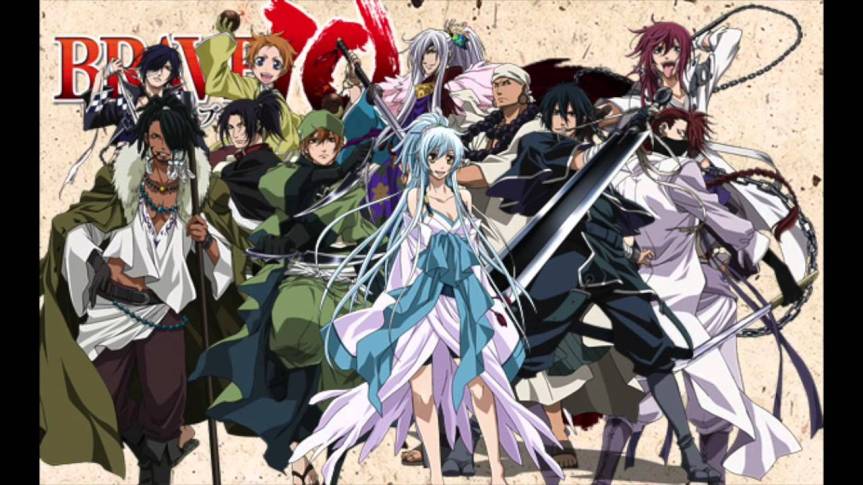 Isanami, a young priestess of Izumo, is forced to watch as a group of evil ninja burn her temple to the ground and slaughter the people within, leaving her no choice but to flee into the forest to escape the same fate. By chance, she stumbles upon Saizou Kirigakure, a masterless ninja from the Iga school. The two travel to Ueda Castle to ask Yukimura Sanada for help. Isanami’s possession of a strange and devastating power is revealed, and Sanada readily agrees to help her, gathering ten brave warriors to Isanami’s side.

Thus begins Brave 10, a story set in the Warring States period. It follows Saizou and Isanami’s journey throughout the war-laden lands in search of brave warriors to serve under Yukimura’s banner, each possessing powerful skills of their own. They’ll have to travel far and wide, all while trying to fend off those who would chase after the dark power that she possesses to make it their own. 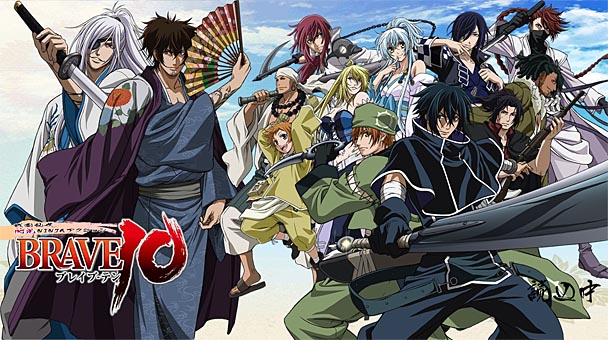 I will say this now. This anime was shit to me. I felt that the protagonist was a Mary Sue and super boring. The characters around her were stereotypical and she herself was tooo much of a clumsy, but a powerful girl. Nothing original. I think it was watchable, but just bad. The concept was okay, but unfortunate to have it like this.  I can’t remember that much of what actually happened, but I knew that I felt super bored at the time. I can’t believe I was watching this. There was almost no or there just wasn’t any character development which means that the characters are super flat. They’re only stereotype and never having anything in-depth happening. But the beginning was okay, that may be a reason why I continued to watch it. I hoped for something at least happening to the Main Couple, but it didn’t. There’s no romance I know, but at least hoping something happens. Unfortunately, there are way too many supports that make it super muffled and so the ambitious couple power went away. I give this a 4/10. It’s just not to my taste and the story was a bit going here and there.

Anyways, this will be it. I know this one is not the best quality, but my brain is muffled with whatever this was about, I only know this was shit and yeah that’s it.

See you next week.