A manga from Shounen Jump (weekly), I actually read some things of Shounen Jump, butthen online. I can’t really say much about it. Maybe that I don’t read manga often with this style of art. Maybe because I read manga for about 2 years now. It’s not that much I think if you compare it to other things. Well, here’s the review and enjoy it. 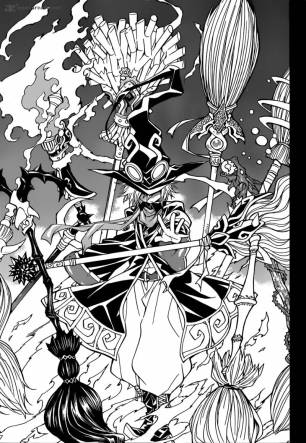 Sixteen year old Emma finally arrives at the capital city Hawk Eye after escaping from being held captive for her entire life. But as soon as she arrives, every man in the city, including the king, falls madly in love with her. She is about to be forced into marriage, but is saved by a sorcerer. The sorcerer identifies himself as Shion, one of the youngest and most talented in the nation. They have met before, but Emma has no recollection.

Shion explains to Emma that she is cursed with the Echidna, a mysterious magic that appears every 500 years where a girl is born with her heart packed with such powerful dark magic that it has the potential to destroy the world. With such power, one could rule the world, and Shion explains to Emma that people are going to try to hunt her down to get her heart. However, Emma is told that there exists a ritual that will rid her of the Echidna’s curse but doing so will require a long and arduous process. The first of that being Emma and Shion will have to marry each other… 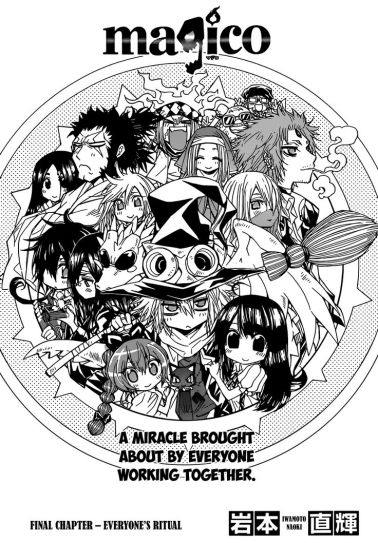 This funny romance action comedy is fun and nice to read. Even though I didn’t really like the art in the beginning, I eventually thought it fits the manga and so didn’t really complain. As I said before I don’t read much manga with this art, but that doesn’t matter. The story setting reminds me of fairy tales: A weak girl who gets saved by a powerful man. Aside of the story setting it’s very original I think. The process is very pure and maybe that’s less original, but the story and ending are things I never could think of. And even though it’s more for boys, I think girls would actually like this too. I can understand that some elements are more for the other side, but still the manga is really nice for girls too. I will give this a 7.5/10, because it was really good and I enjoyed it, but I didn’t really laugh about it, maybe because I’m not really the person that laughs often. But it was just a good manga that deserves a nice score.

Well that was it for this week.